An Open Letter to the Family of my Donor.

To Whom It May Concern, 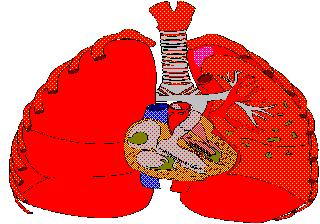 You do not know me, but I received the lungs of your child, your brother or sister, your nephew or niece, your uncle or your aunt. My name is Roger Stevens, and I am writing you to thank you for your selflessness and generosity in what must have been the most difficult time of your life. I cannot fathom what thoughts you must have had as you made what has been for me, a life-giving decision--in a very short time, at a very sad moment which I'm sure you wish had never happened. If I can help to lessen at all your endless sense of grief by explaining, however clumsily, what your decision has meant to me and my family and friends, then I can better accept this grave imbalance in our commitments and personal values. I can only now hope that some day I can even the scales by immitating your benevolence, and perform the same kind of life-giving, awe-inspiring act. But like the seemingly inexplicable event that denied you the continued company of your loved one, I must live with the knowledge that I may never get such a chance--such are the paths we take on the roads of life that we are given by God.

I suffer from Idiopathic Pulmonary Fibrosis, also called IPF. By most accounts, at the time of our transplant, I had probably two weeks to live. I was in what is commonly known as the end-stage phase of the disease, which at my age (46), had accelerated rapidly during the last six to nine months. I was originally diagnosed in April of 1995.

Up until the time the disease began to take over, I was able to work and looked quite normal, so it was a shock to my family and friends when at first I had to quit work, then go on supplemental oxygen, then become house-bound, and finally start losing weight and strength as the disease progressed. As often as I heard, "You look great!", I always knew that it was a matter of time, and that short of a transplant, there was no cure. I am married to a terrific woman--Judy--who is my partner and friend, as well as my lover, and who has been at my side through this entire ordeal, earning the respect and admiration of all that have seen the work and effort that was required. She became my oxygen system technician, swapping tanks in the middle of the night when I would need it, and kept me fed when I couldn't stand at a counter and even open a container of yogurt by myself.

As we were married after meeting again at our 20th High School Reunion, we have no children, but have two cats (Freebie and Woody) and two Shepherd/Huskie sisters (Ruby and Pearl) as our surrogate kids. My immediate family consists of my mother Jane, and sister Linda, and Judy has a full house of father Pat, mother Helen, and brother Bobby. Everyone has pitched in in a significant way to supporting both Judy and me in our efforts to keep this body alive as long as possible, so to possibly take advantage of a transplant, should it have ever become available. And with your decision, it did. But never did I really expect it, nor plan on it--on the contrary, I found myself planning against it, contracting to have things fixed around the house, on the property and in the house, so Judy wouldn't have to worry about them in her time of grief when I passed. So I have long tried to imagine what her feelings at such a time would be like and can, to some extent at least, appreciate your feelings a little bit more than I might be able to otherwise.

I know you're wondering where I'm going with all of this, and I am, too. I think that the point I am trying to make is that since my operation, I have been simply staggered by the sheer volume of response I have received from friends and family who are now rejoicing in the great success I have, through your action, achieved. I think the number of people that have expressed their joy is in the hundreds, if not more, and only wish that there were a way to directly translate their good wishes to you, that it might mitigate your sadness now, and whenever you think of your loved one. It's not right that we should feel so grateful, and you feel so cheated, so I urge you to imagine the great feat you have made possible, and know that your loved one lives on in my breast, and that I will, from this time on, try to live a life that honors and glorifies your selflessness and grace. While I may never equal your beautiful act of love, I will try my best to come close--as close as I can.

I know this has been a long letter of introduction, but there are many more things I would like to say, and hope that you can give me that opportunity some day. If, however, that does not become possible, I do understand, and hope that this message, at least, has helped to explain in some small way how dramatic an effect you have had on many, many people that were up until your decision, rendered helpless and fearful of the inevitable end that we all must face, but never want to--especially in a close friend or relative, not to mention ourselves. Until that opportunity, should it come, I remain forever thankful and pray for a long and healthy life for you and your loved ones.

To get back to the WA3FLE homepage, click here.

Copyright © 1997-2006 by Roger W. Stevens. All rights reserved. No part or parts of this publication can be quoted, reproduced, or in any other way copied without the expressed written permission of the author.